“Nobody will ever convince me that the splendor of individual courage cannot triumph over all the fates. Neither family death, nor personal illness, nor “hard times,” nor heavy responsibility solely borne, nor hazards met without warning can defeat one man standing alone who refuses to relinquish his courage. I knew such a man. He was my father.”

– Dorothy Powers, In Tribute to My Dad.

About a year ago, I visited a small bookshop in Spokane, Washingon. As an independent book store for nearly four decades, 2nd Look Books was full of second-hand treasures and local history. A bright red book caught my eye. Boldly titled: “Dorothy: POWERS TO THE PEOPLE”, it contained a collection of columns written by journalist Dorothy Rochon Powers for the pages of The Spokesman-Review. 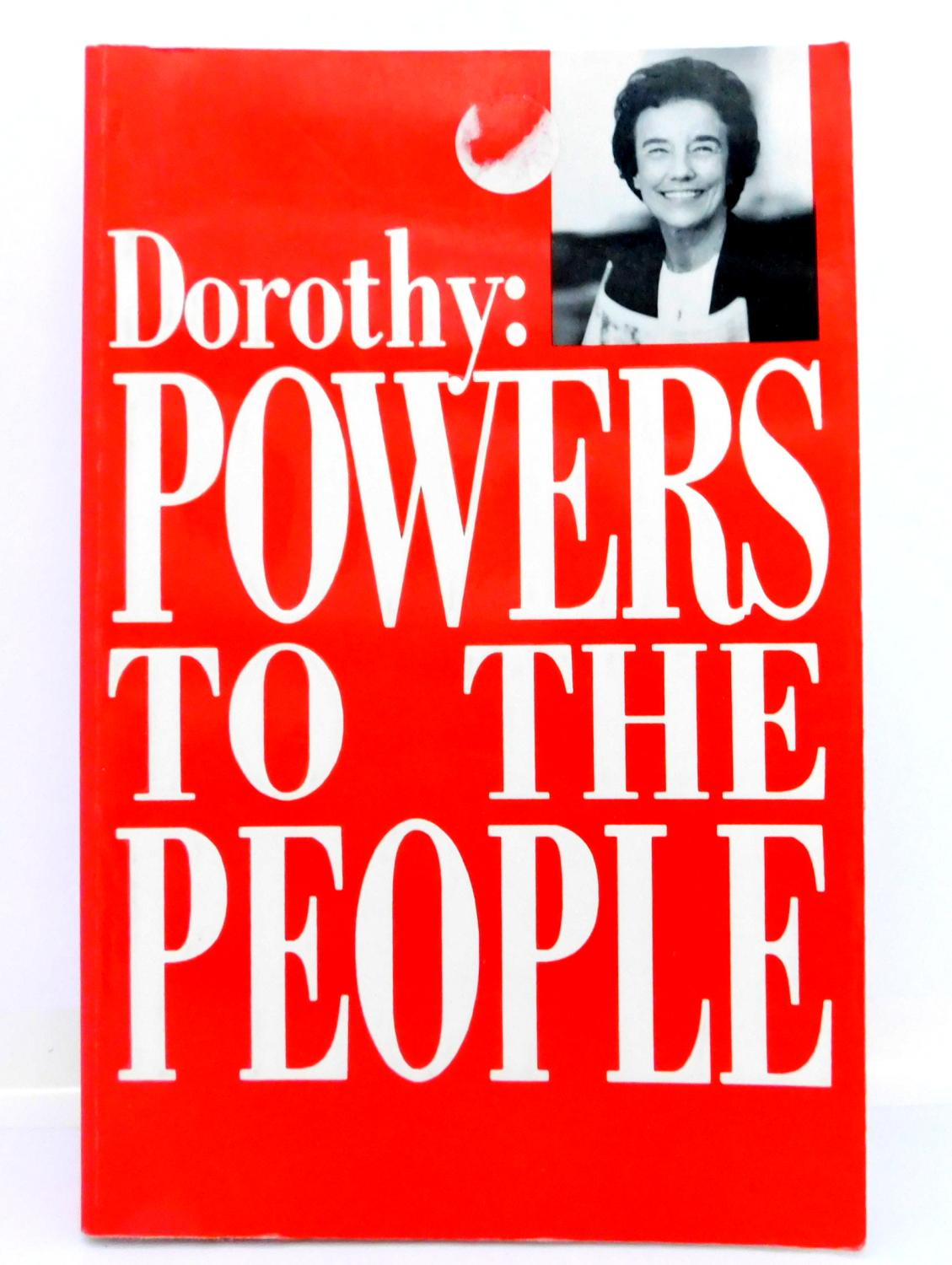 The inside cover had a hand-written note from the author dated September 16, 1989. It was addressed to a dedicated reader, perhaps the author’s friend. “I wish you many happy memories in these pages. Thank you for reading my column! – DRP”

As per my usual habit, I flipped open the book to a random page. To my surprise, the book fell open to an article titled, “Inside Asylum Walls: The Patient’s View.” It must be fated for this book to land in the hands of a psychiatrist, I thought, and so of course I purchased the book.

Published in December 1957, the article by Powers reported on conditions at Eastern Washington State Hospital. As part of her research, Powers repeatedly visited the institution and conducted interviews with members of the staff. Then with the assistance of officials, she got herself “committed” and spent time there disguised as a patient.

What she found was disturbing. The institution was overcrowded and understaffed. “To a state mental hospital with 2,064 patients — and facilities for 1,861; to a staff of 13 doctors, where the American Psychiatric Association standards show 28 are needed; to an institution with 20 nurses instead of 166,” Powers wrote (pg 99). This was shocking. In comparison, the institution where I am currently training as a resident physician can provide services for up to 99 patients, with four attending psychiatrists on-site every workday and a half-dozen resident psychiatrists serving as helping hands. The physicians are supported by a robust staff of nurses, techs, and social workers.

In 1957, there were too few hands on deck at the Eastern Washington State Hospital. Members of the staff did their best, but the amount of work was overwhelming. Not only were they outnumbered, but they also cared for some of the most severely mentally ill people in the state. There would have been people who were diagnosed with debilitating illnesses such as chronic schizophrenia or catatonia. Some would be so paralyzed by their minds that they depended entirely on caretakers for basic functions, such as eating, bathing, and toileting. Powers described their despair. “‘It’s all we can do to keep them clean,’ sighs an attendant, ‘much less spend any time working with them'” (pg 101).

Remember, this was before the advent of psychopharmacology, before antipsychotic medication such as chlorpromazine and haloperidol and clozapine revolutionized psychiatric medicine. This was before the 1960s, when the social movement for deinstitutionalization of the chronically mentally ill gained momentum and lead to the replacement of long-stay psychiatric hospitals with an outpatient care-focused model and the goal of reintegrating patients into the their community. Powers’ article, among many others across the nation, helped instigate change. Today, Eastern Washington State Hospital has a patient capacity of just over 280 beds, according to Wikipedia. The changes over the years are reflective of our society’s evolving attitudes and growing understanding towards mental health.

The picture that Powers’ paints may seem foreign and strange, as the landscape of behavioral healthcare has transformed so drastically. But some things remain familiar. As I read, I was vividly reminded of people I have met in my current work in psychiatric wards. The 1950s were not so long ago – some of these patients may still require care today. Powers provided powerful quotes: “‘You keep wondering why you’re different, what the people at home are saying. Right now, I worry whether the neighbors will still let their children come see me, when I get home… if I get home'” (pg 100).

People in the past as they do today still yearn for home, fear rejection, and desire healing. They have hopes and fears and dreams that, though clouded with their illness, remain deeply, unconditionally, and essentially human.

The remainder of the book is a fascinating documentary of life in the eastern side of Washington State. Powers captured the highs and lows of the human experience. She flew in a giant Air Force refueling jet at 40,000 feet in the air at 600 miles an hour. She mingled with inmates in Washington State Penitentiary. She climbed a 15-story bare steel scaffolding. She reported on the thunderous eruption of Mount St. Helens. Throughout it all, she described people with understanding and compassion.

When I travel, I love these pieces of local history. Upon my next visit to Spokane, I plan to return the book where I found it so that someone else can also discover its treasures. May the next lucky person also find inspiration in Powers’ stories!

Jennifer is a psychiatrist.

The purpose of this blog is to:

Thank you for reading. Please comment to let me know what you think.